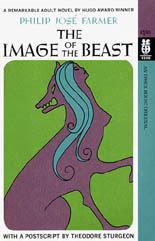 IMAGE OF THE BEAST 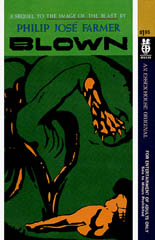 Sequel to Image of the Beast. Herald Childe has quit being a detective and gone back to college to study history. One day he sees one of the "people" from his adventure and decides to follow her. He gets caught and becomes their prisoner once again but this time things are different. It turns out that he is actually the son of Lord Byron, who was also one of "them". All of these monsters are aliens and there are two waring groups of them. Both sides want to control Childe because he is the only one who can get them back home. Childe, however, has other plans. Scifi fan and collector Forrest J Ackerman is an unwilling witness to the final outcome. 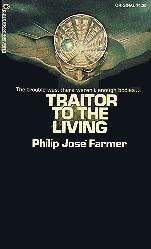 TRAITOR TO THE LIVING

An announced sequel to Image of the Beast/Blown. Herald Childe changed his name to Gordan Carfax and is teaching in the midwest. Farmer drops a few hints throughout the book as to Gordan's previous identity. Gordan's cousin invents a machine called MEDIUM which lets you talk to the dead. His other cousin claims that he stole the machine from her father. Discovering who really invented the machine is the least of his worries when he discovers what else the machine is capable of.