12,000 years ago the vast empire of Khokarsa stretches along the shores of ancient Africa's two great inland seas. The hero Hadon is from Opar, the lost city from Edgar Rice Burroughs's Tarzan novels, but reimagined in its glory days against a greater civilization of Farmer's own creation.

The webpage Explore the World of Lost Khokarsa is dedicated to the extensive lengths Philip José Farmer put into the world building of this series.

For more details about THE SONG OF KWASIN, read these interviews with Christopher Paul Carey conducted June 4, 2011 and November 30th, 2011. 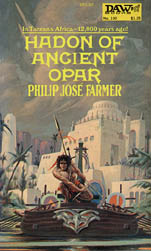 The year is 10,000 B.C. and the hero Hadon of Opar sets out to win the Great Games of Klakor, hoping to become king of Khokarsa. But after venturing to the Wild Lands beyond the empire's edge, Hadon finds himself embroiled in bloody civil war between the priestesses of Kho and the priests of Resu.

Caught in the middle of the civil war, Hadon flees the island of Khokarsa for his home city of Opar, intent on saving Lalila and her unborn child and struggling to fulfill a prophecy of the oracle that will determine the fate of the next 12,000 years. 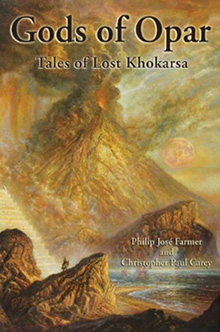 Hadon's herculean cousin returns to Khokarsa after long years of exile in the Wild Lands. But soon Kwasin finds that in order to clear his name he will have to take up the cause against King Minruth himself and stop him before he fulfills his mad quest for immortality high atop the sun god's bloody ziggurat. 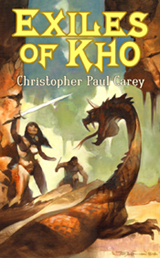 An origin story featuring Sahhindar set hundreds of years before the events of HADON OF ANCIENT OPAR. 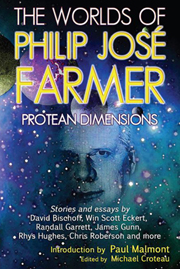 A Kick in the Side

In the novel FLIGHT TO OPAR one of Hadon's companions is lost during a great fire. Hinokly is presumed dead and never mentioned again. In this shared world story, author Christopher Paul Carey tells us what in fact befell the scribe Hinokly after he left Hadon's side. 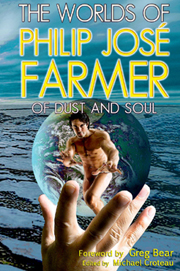 Kwasin and the Bear God

After completing the novel THE SONG OF KWASIN (forthcoming in 2012), from Philip José Farmer's outline for the third volume in the Khokarsa series, co-author Christopher Paul Carey discovered a second, alternate outline. While it was similar to the one he had already used, it did include a side adventure, which became the novella, "Kwasin and the Bear God." 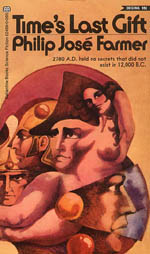 John Gribardsun and the team of the time-vessel H.G. Wells I travel from 2070 A.D. to 12,000 B.C. Find out how Sahhindar, the Gray-Eyed Archer God from HADON OF ANCIENT OPAR and FLIGHT TO OPAR, came to plant the seeds that would give rise to a great empire along the shores of ancient Africa's two landlocked seas.